While it may not be immediately clear why the number 1 would be far more frequent, it is important to understand that it is based on growth rates. If you start with $1, it has to grow 100% to become $2. However, to grow to $3 it only needs to grow 50%. Subsequently, 33% and 25% to grow to $4 and $5, respectively. As a result, lower digits take far more time to grow. This results in higher distributions of the first digit of all numbers being a low digit.

We pulled the most recent one thousand financial transactions we have from the company, with this being the result, which is relative to what we would expect from Benford's Law: 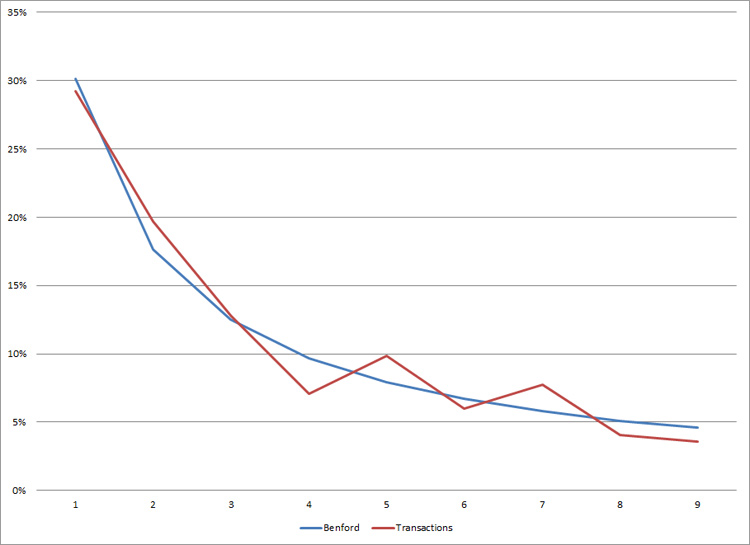 Benford's Law and other quantitative techniques are often used by auditors to detect fraud. In fact, I first learned about Benford's Law when I was an undergraduate at Washington State University and attended a fraud seminar as a part of my accounting courses. While it still isn't widely known, Benford's Law has certainly increased in awareness in the past decade. This is likely because many researchers and auditors have retrospectively compared major frauds over the last several years against Benford's Law, only to find the corresponding financials looked nothing like the curve.