Winter Mountaineering Trip to the Enchantments in Washington State

Derek and I completed a five-day trip a couple of years ago in February through portions of the Enchantments. I recently came across these photos and felt compelled to share. The trip was cold and consistently snowy, but a lot of fun nevertheless. The Enchantments are located within the Alpine Lakes Wilderness area and around fifteen miles southwest of Leavenworth in Washington State, so only about a thirty minute drive from Derek's house. It is a very beautiful area, especially in winter and widely considered to have some of the best views within the Cascades.

We started at nearly midnight, hiking several miles in the dark up through a snowfall. 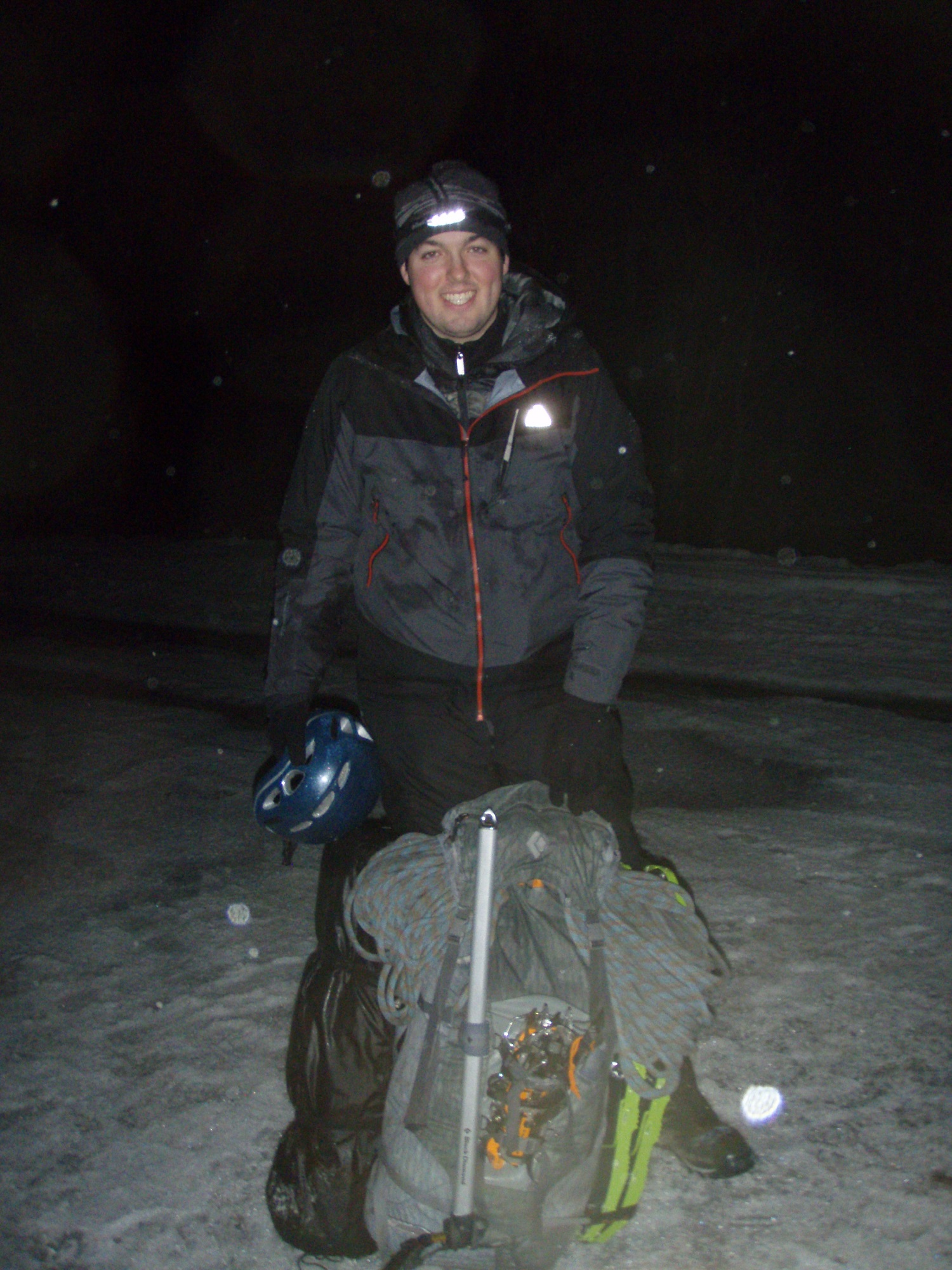 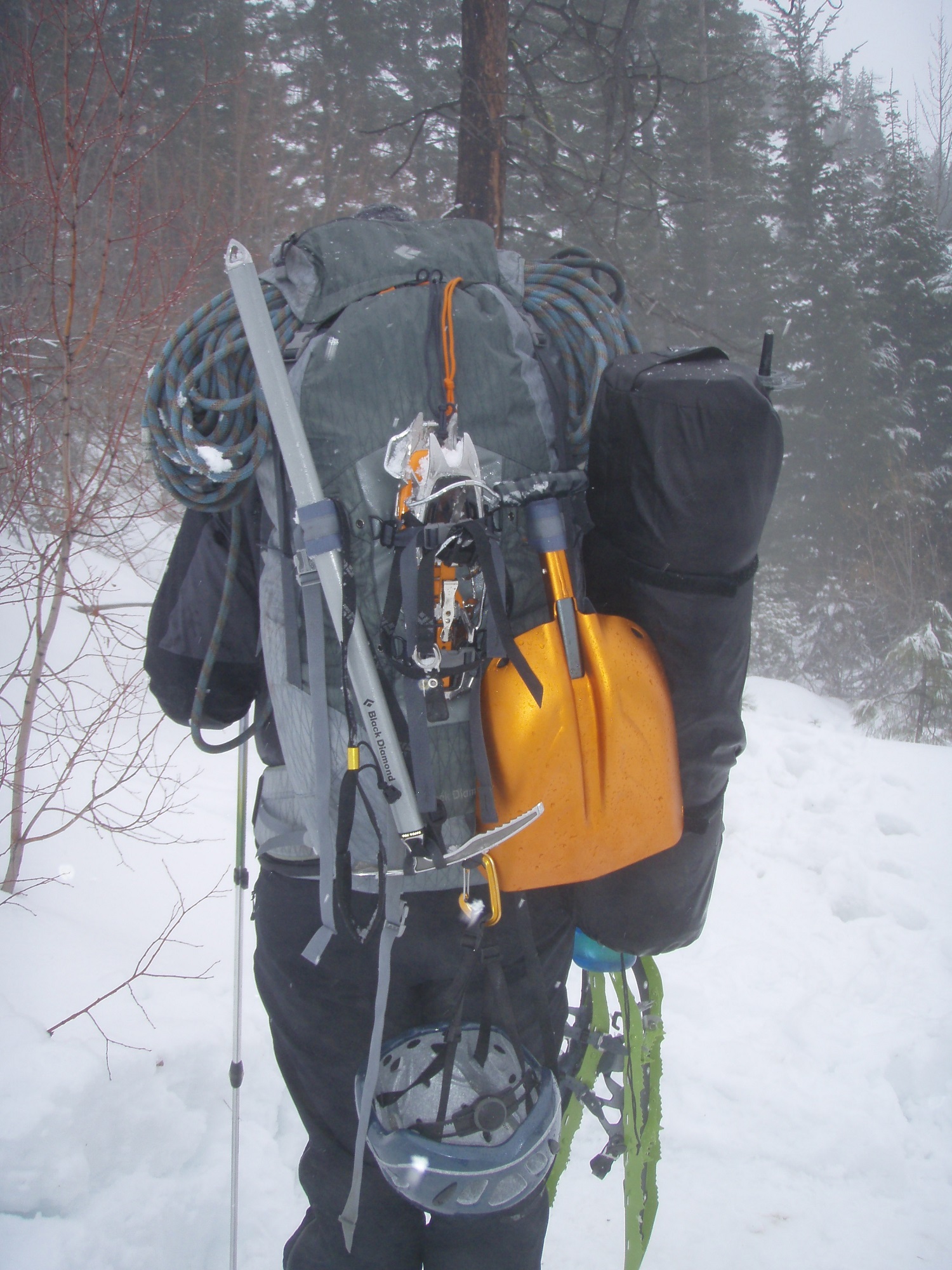 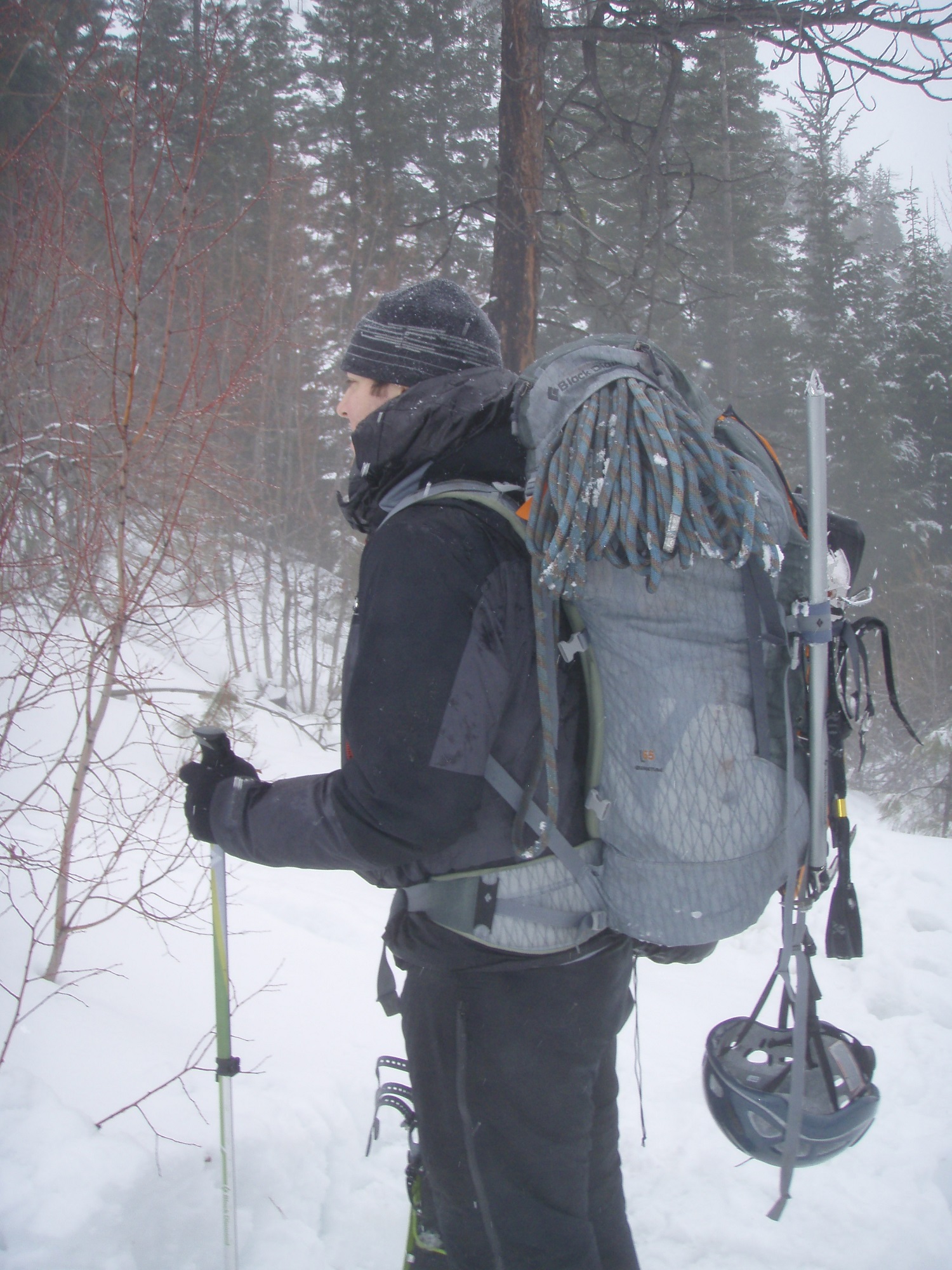 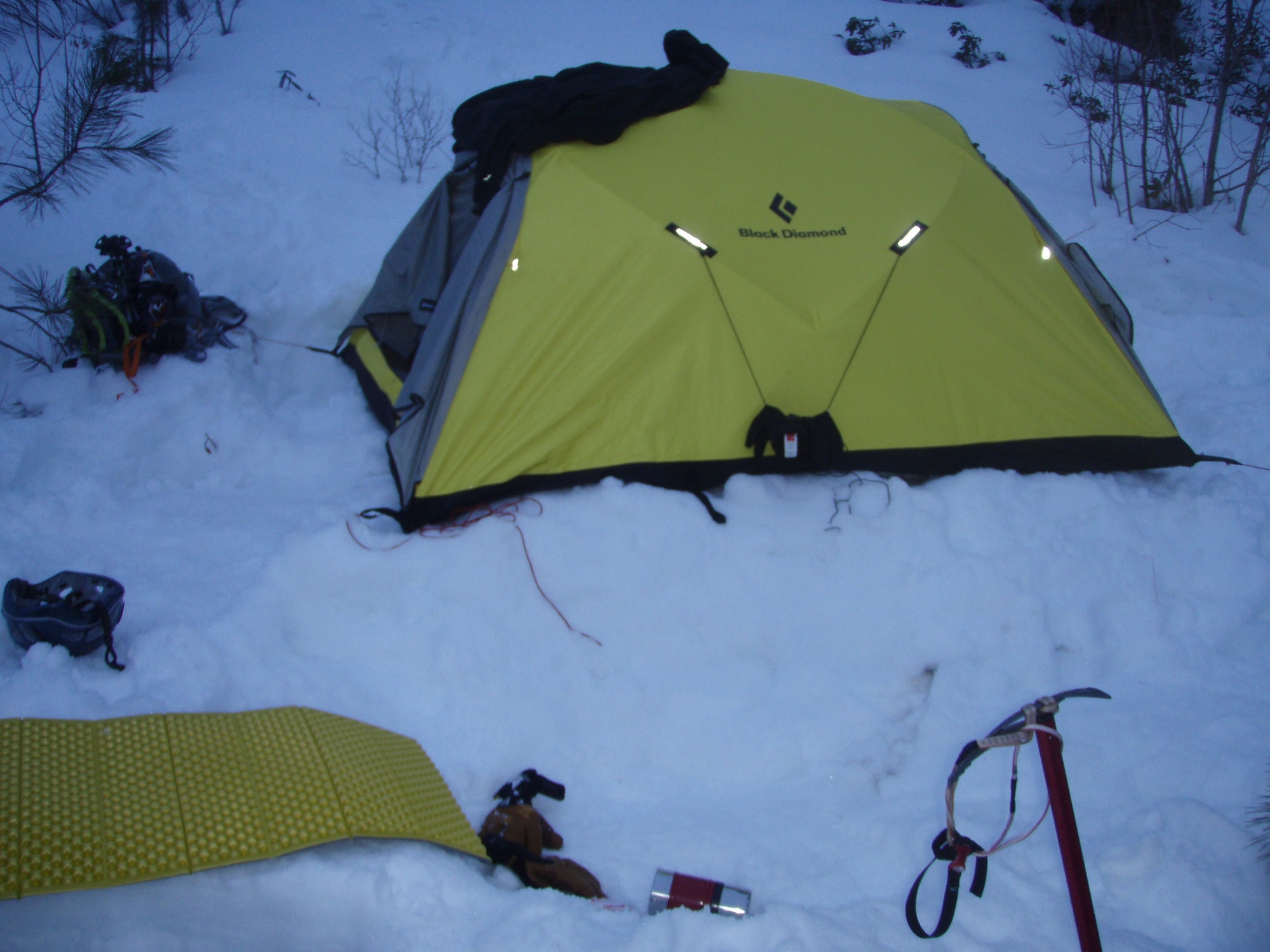 At that altitude, you can see how quickly the weather can move in. It's a beautiful blue sky, then in only a few minutes you can hardly see any longer through the fog and weather. 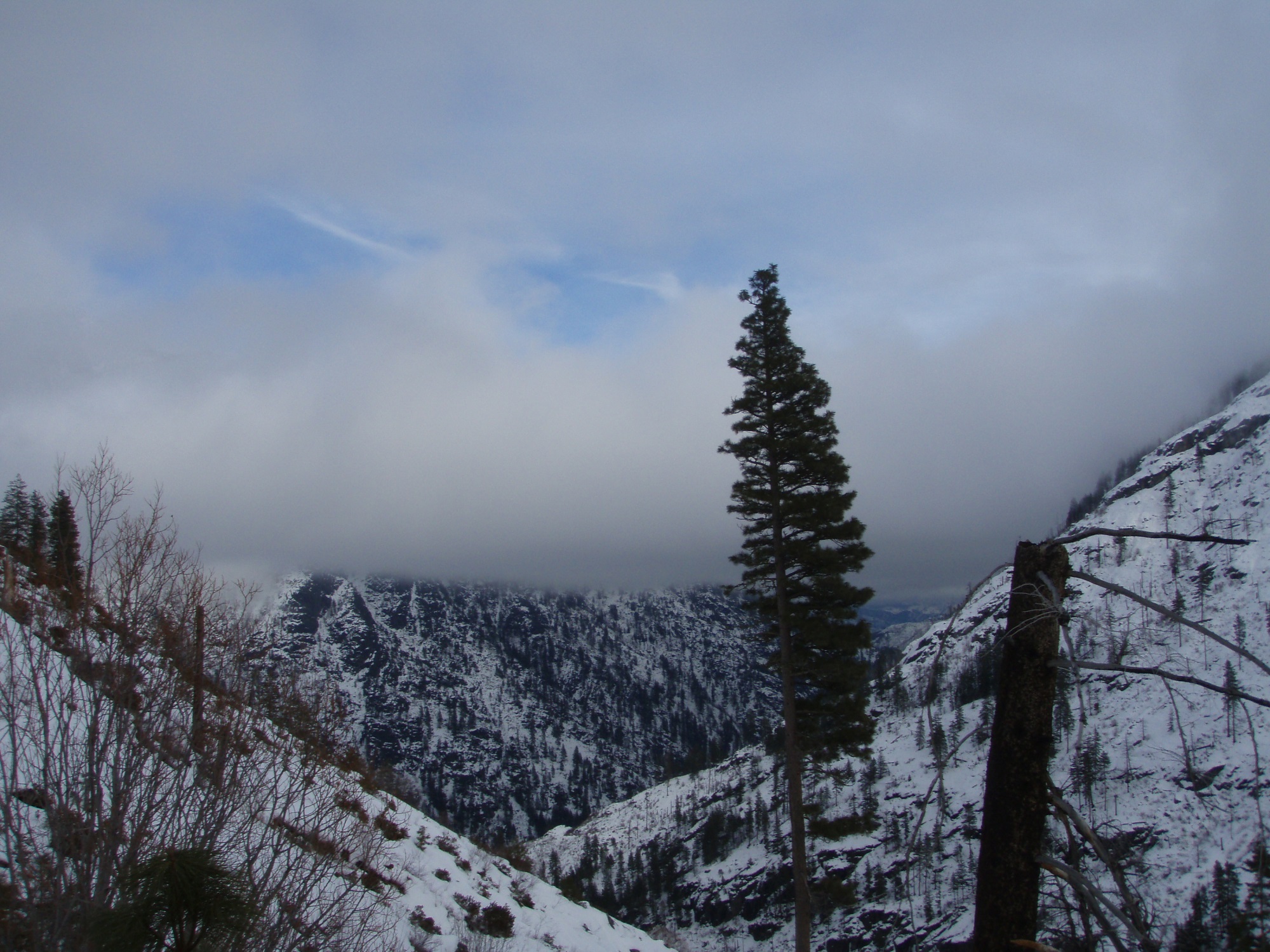 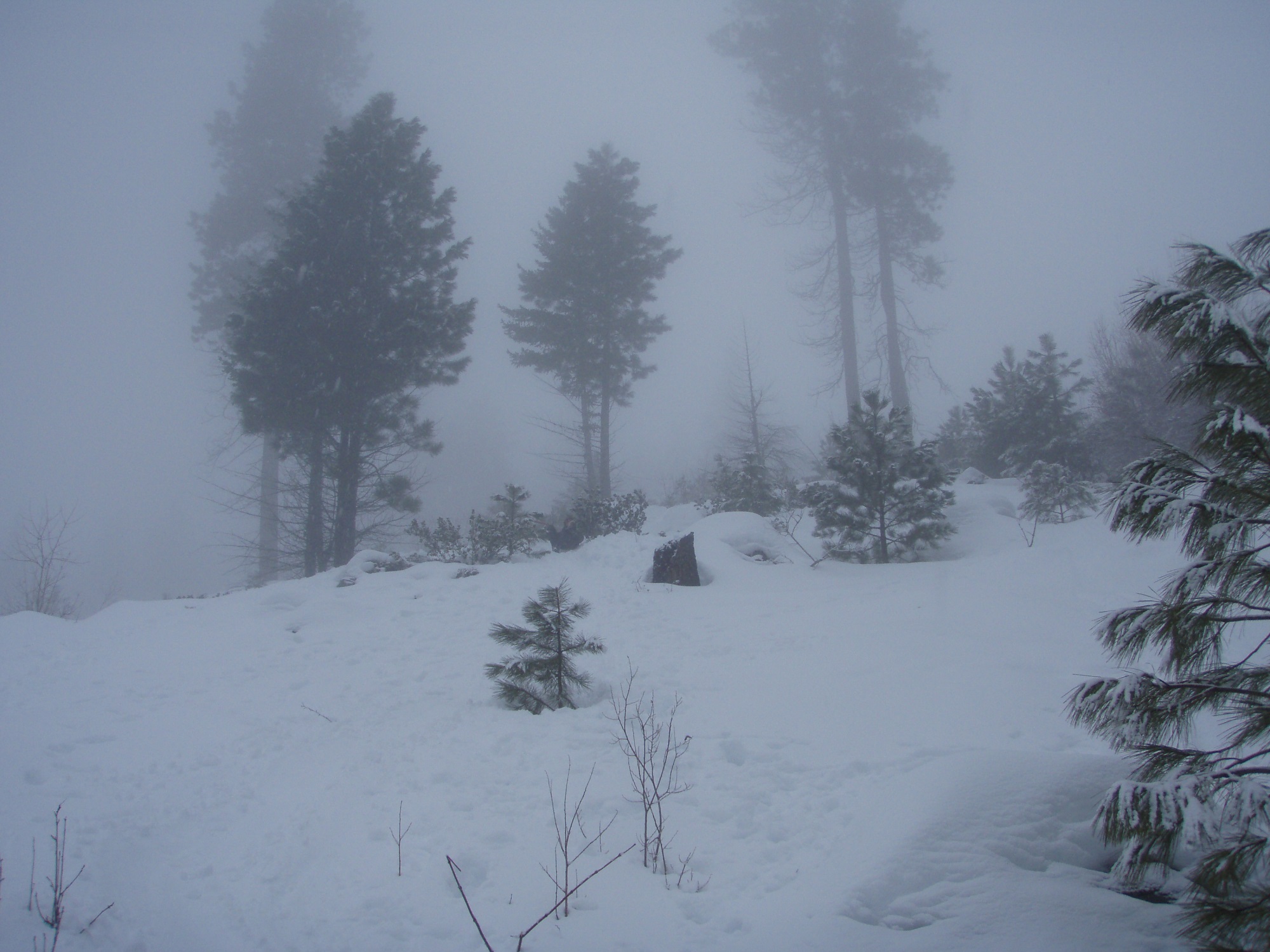 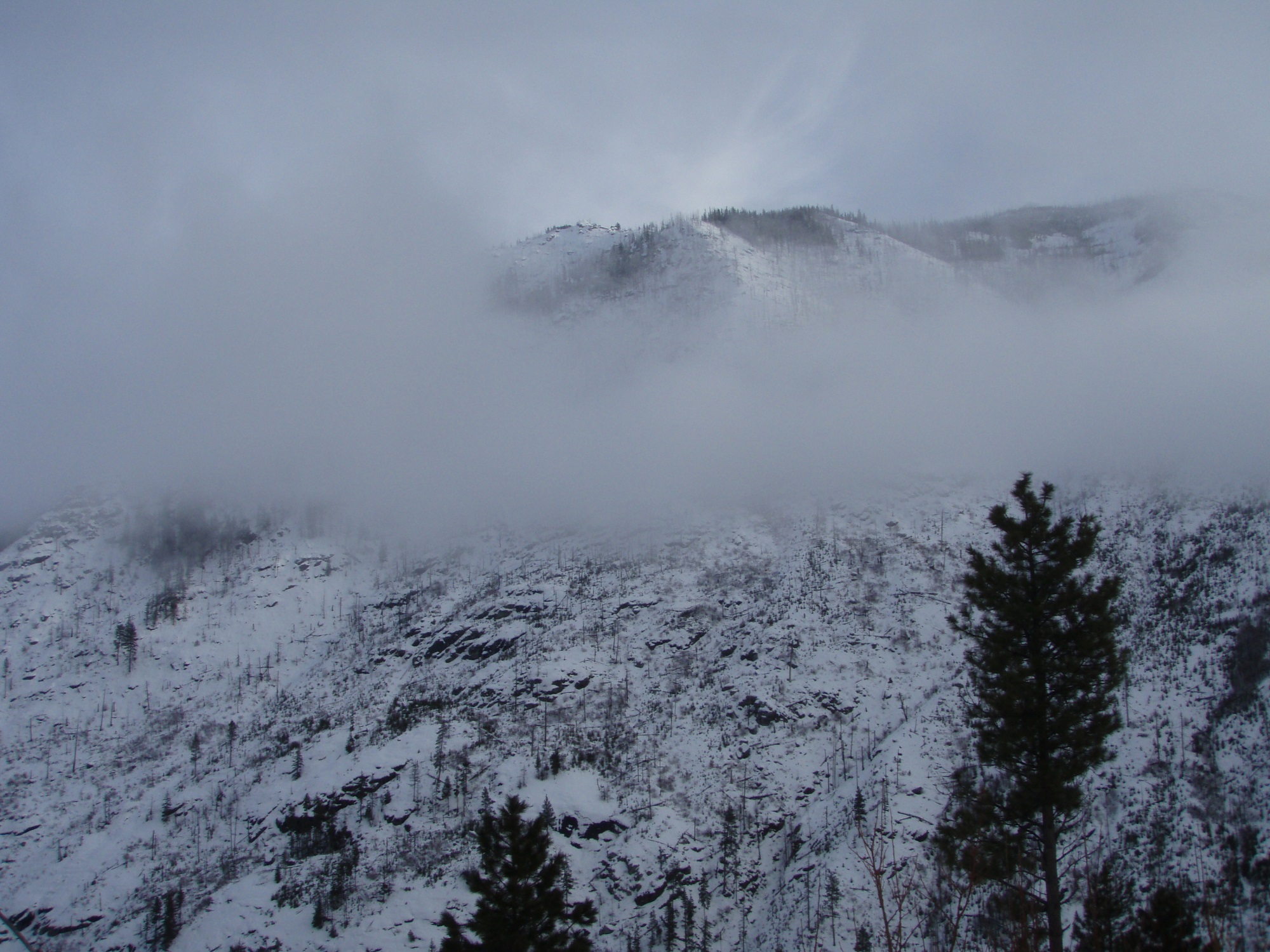 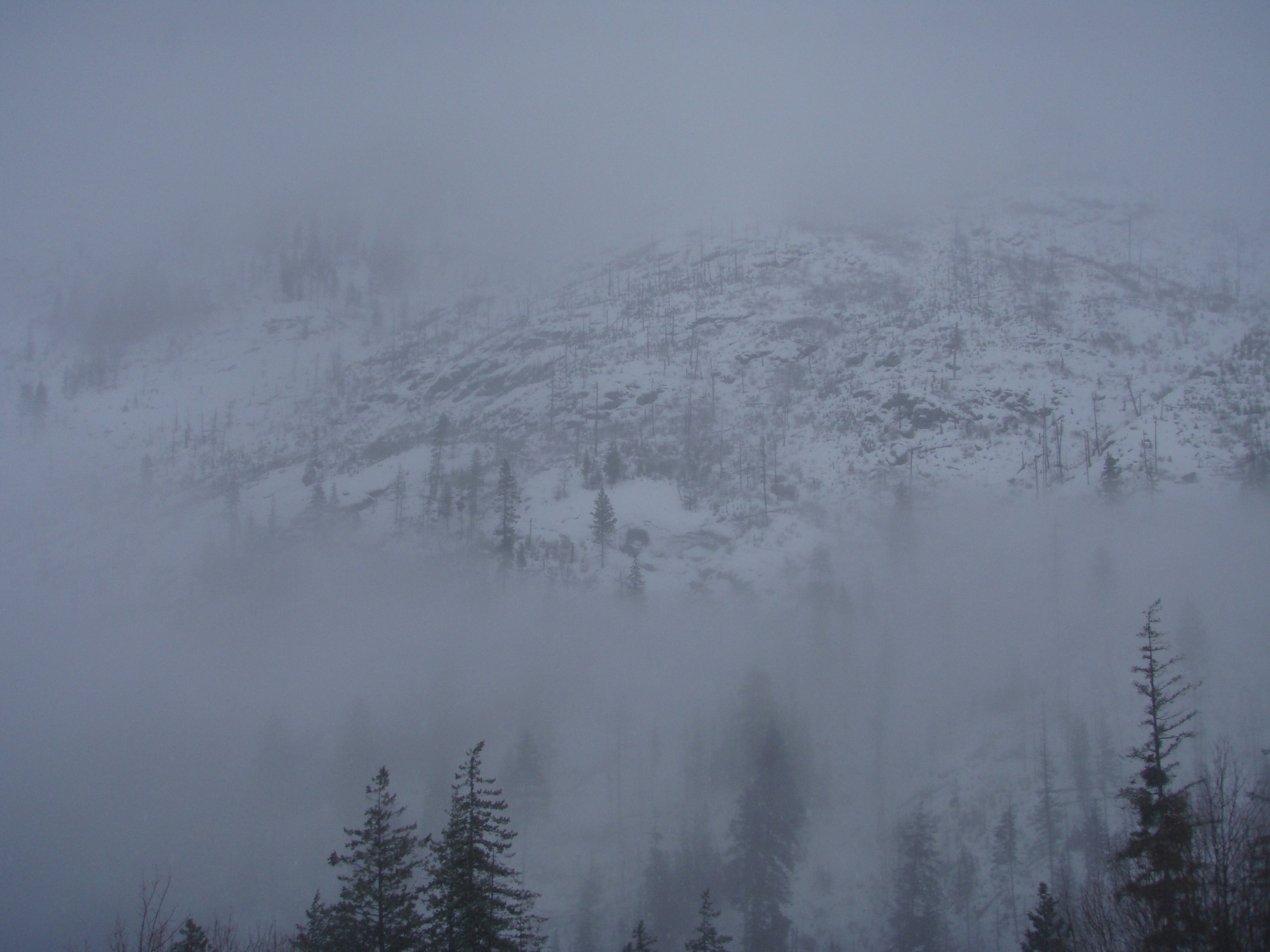 Using our ice axes and avalanche shovels, we were able to build a 150 foot groove in the ice and snow on the side of the mountain that became a high-speed slide to slide down the mountain, resulting in such speed that we had to use ice axes for self-arrest to slow down at the end. 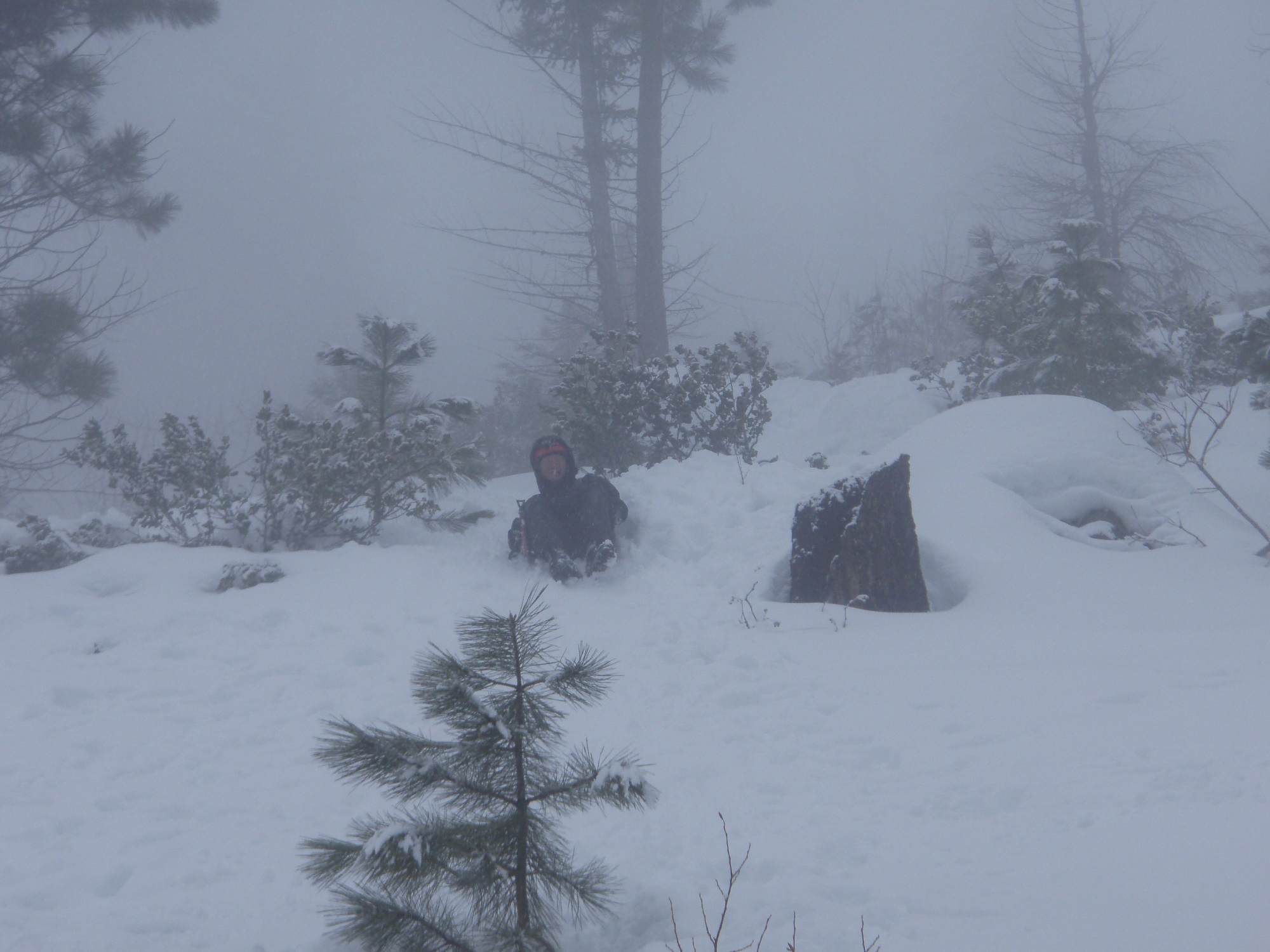 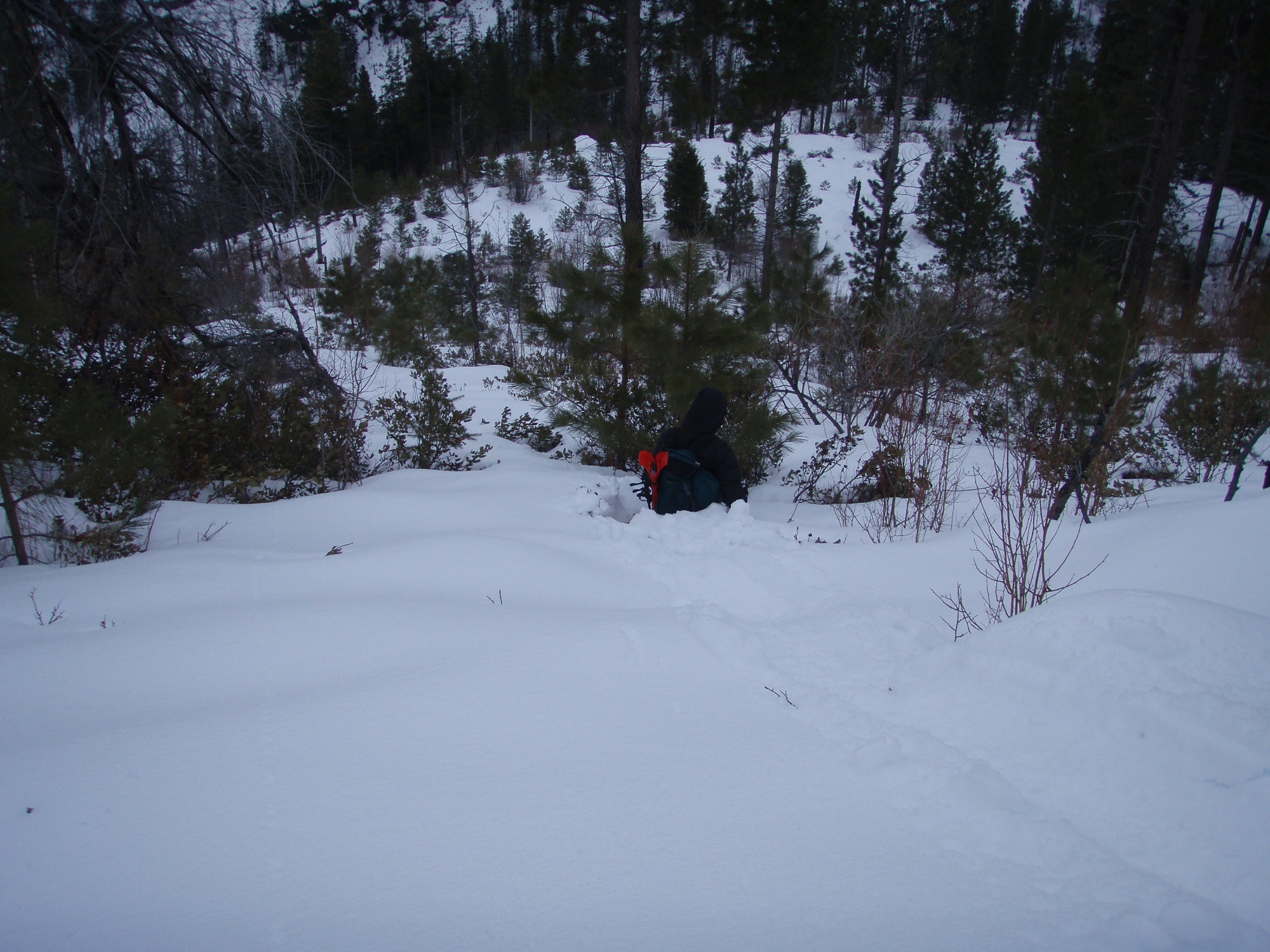 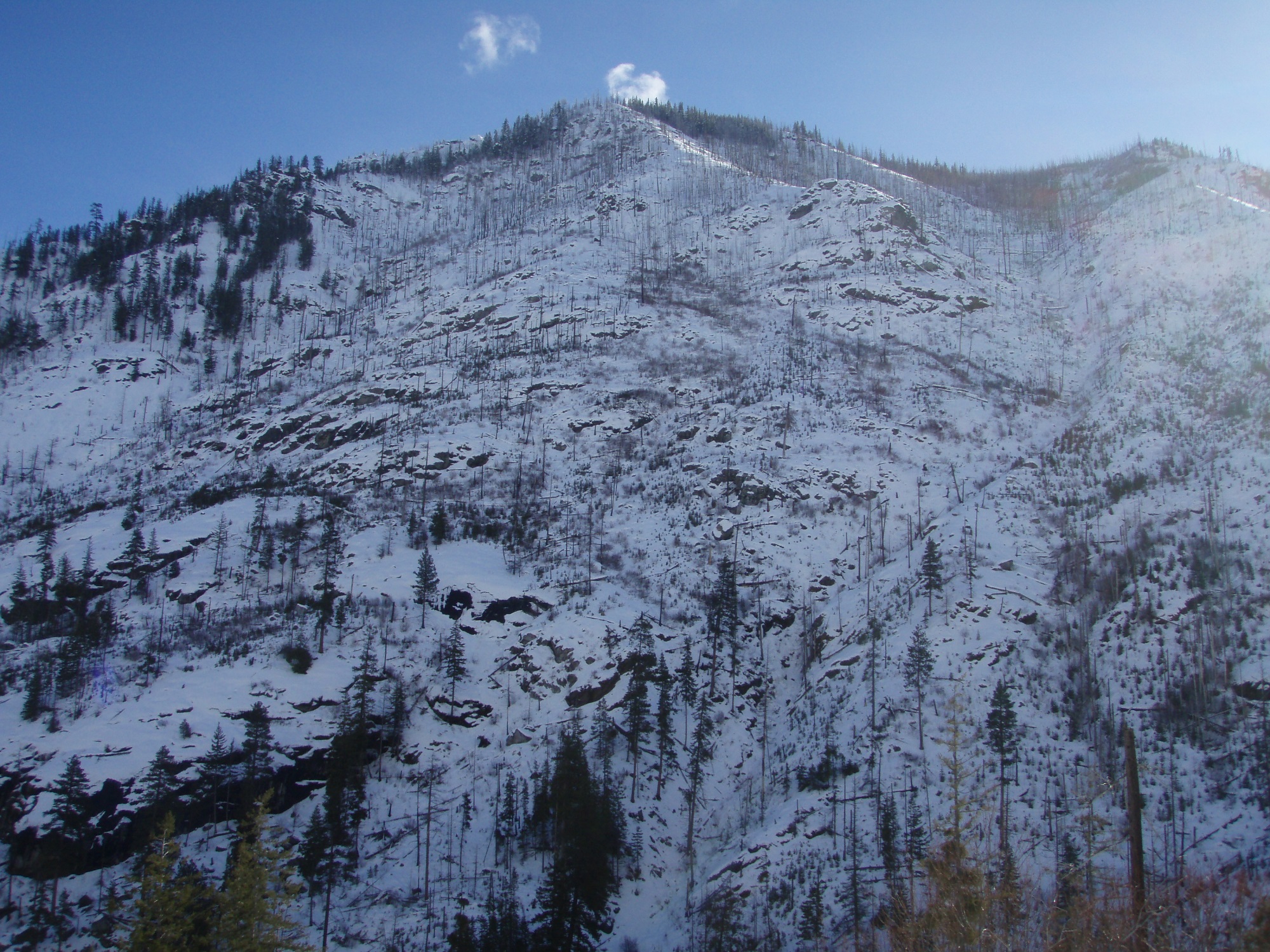 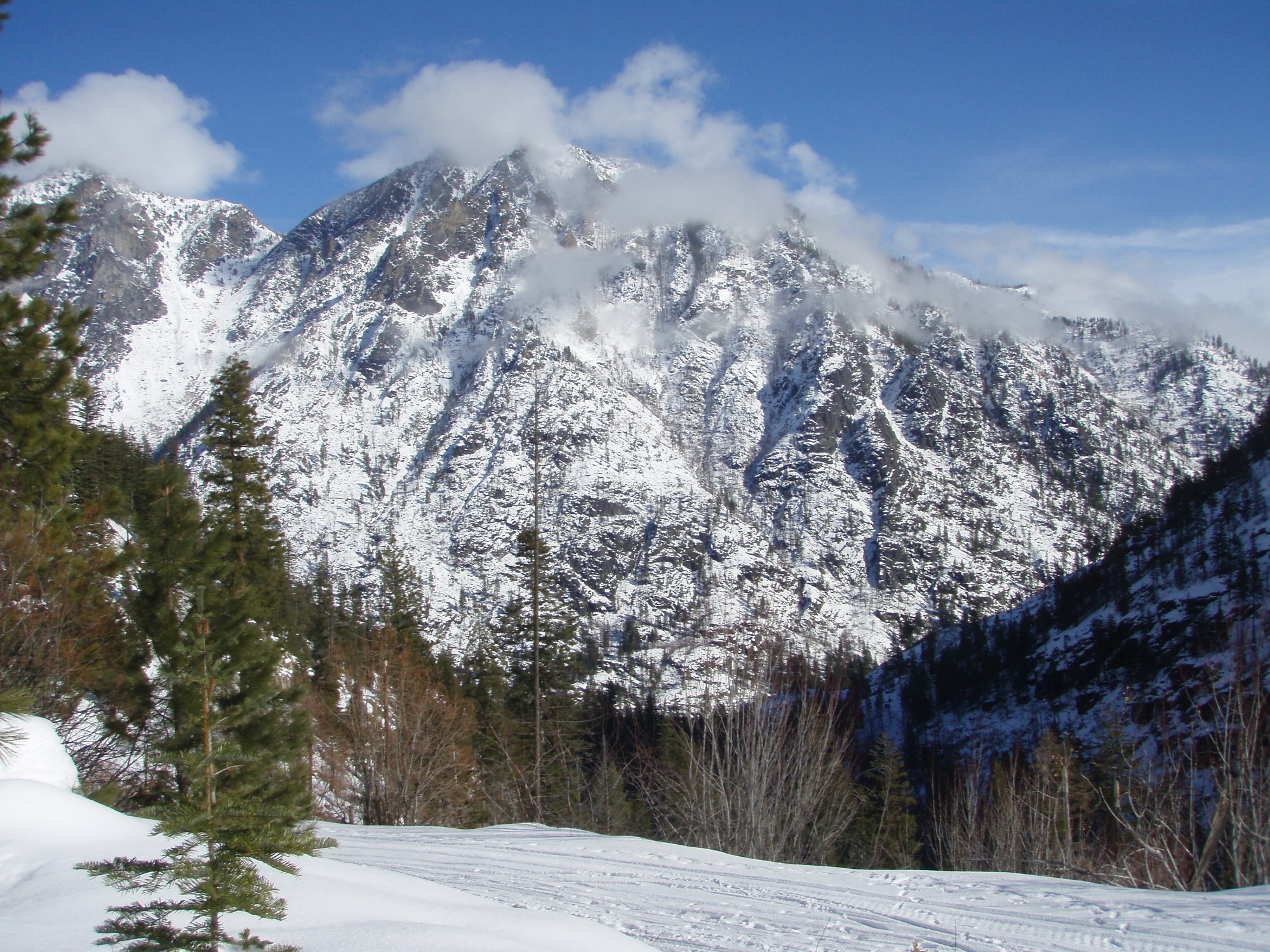 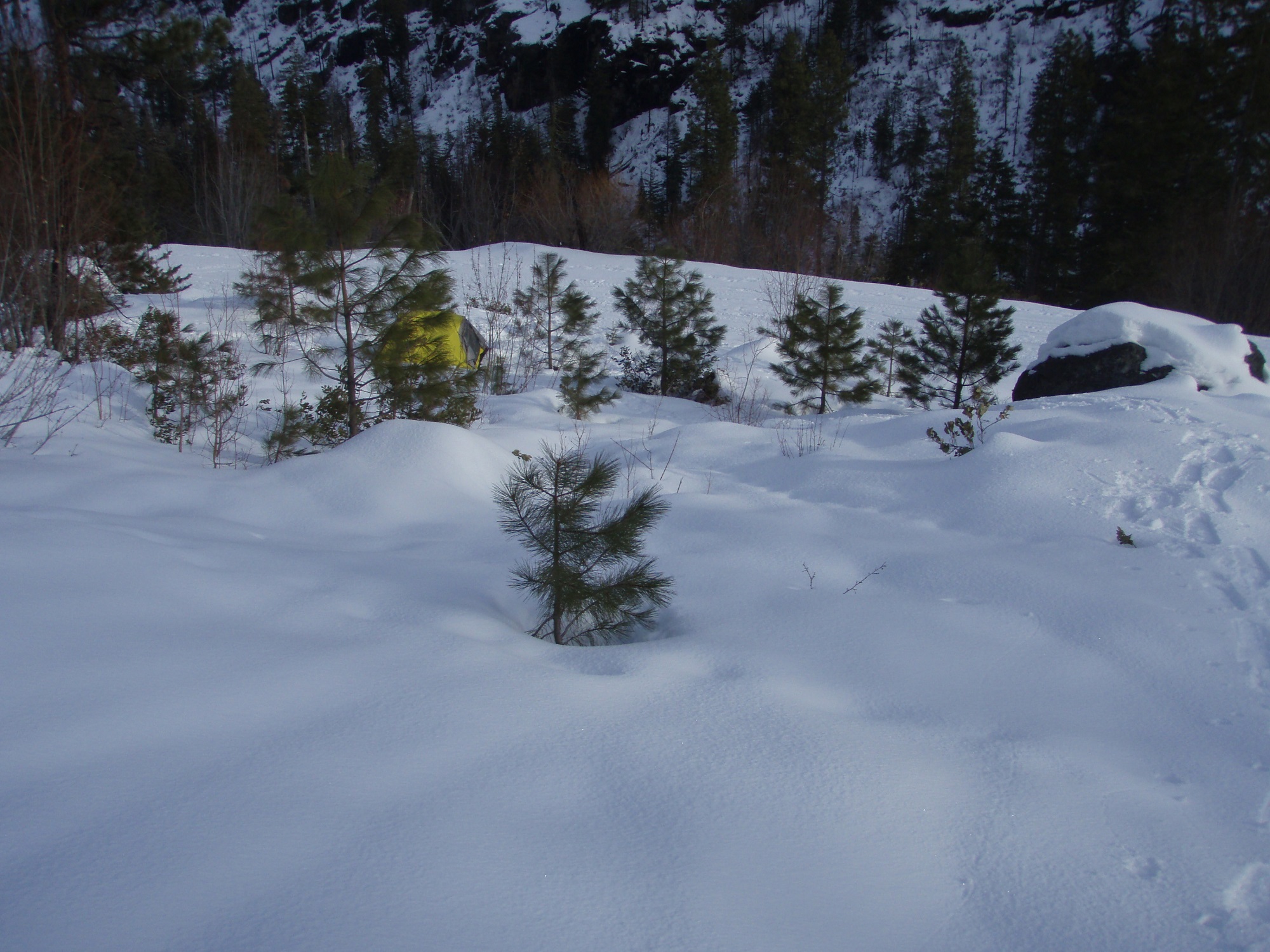 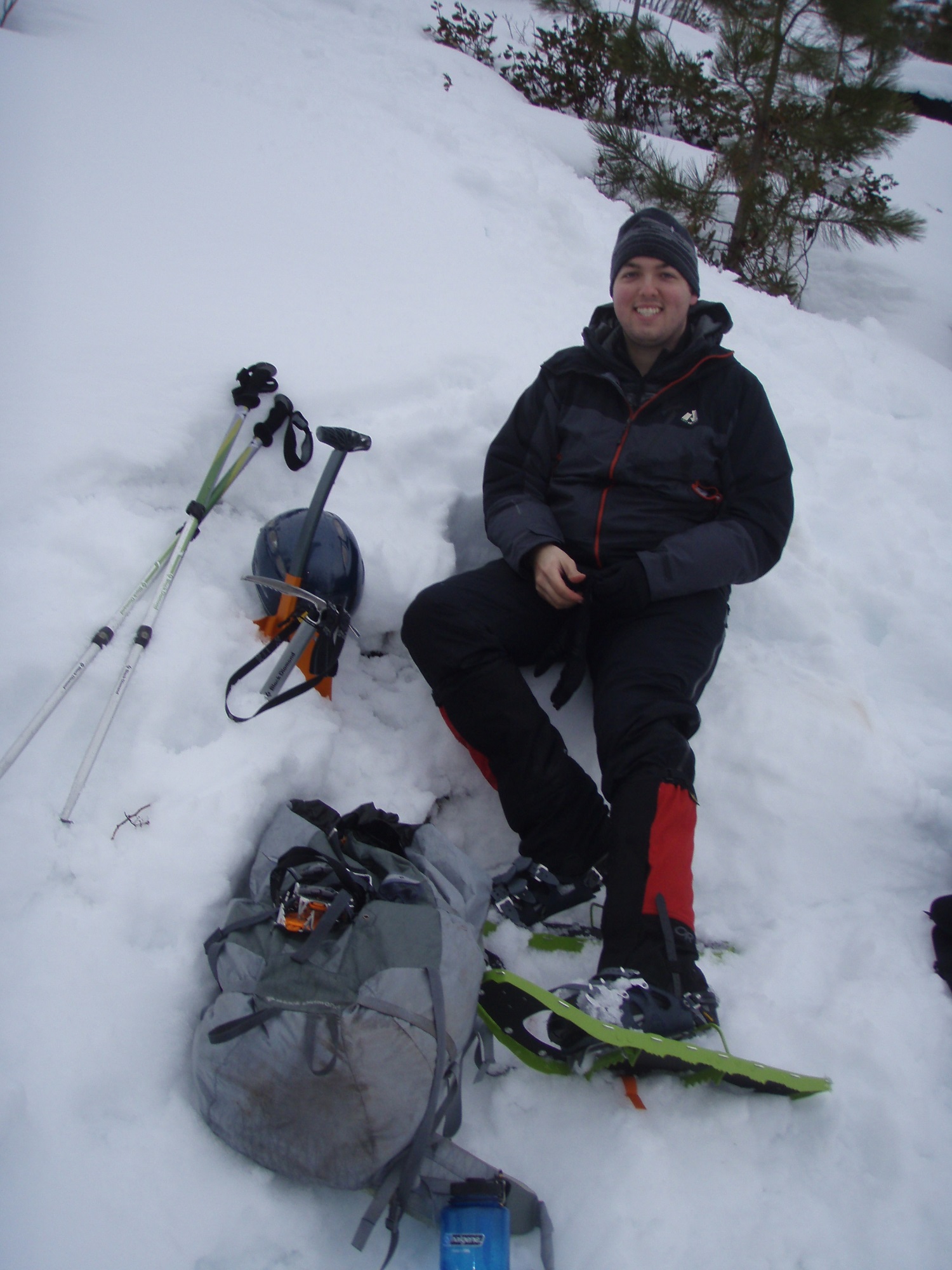 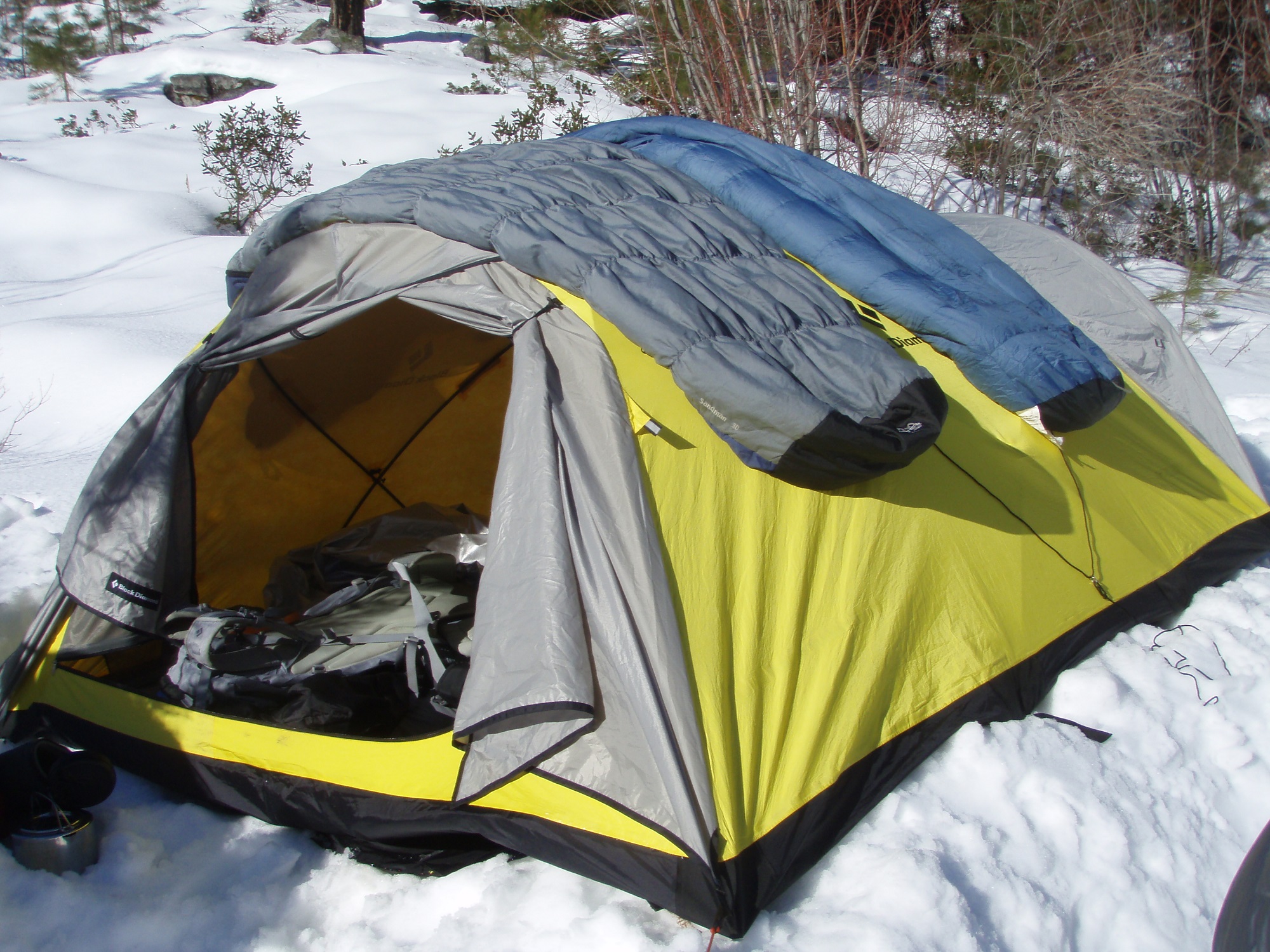